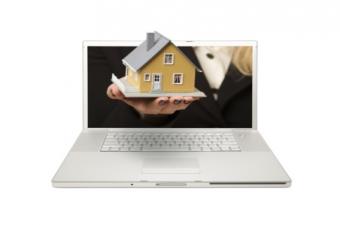 In general, the most popular times of year for online home searches are at the start of the year and in the summer, according to the Trulia Real Estate Search Report released Wednesday.

However, Trulia reveals some fluctuation across the country with a major tendency for online searches to peak when the weather is warm and dry.

“Search activity in warm-winter states, like Florida and Hawaii, peaks in January and February. But for most of the country, search traffic is highest in March or April, especially in regions where summer brings rain,” Kolko explained.

Nationally, online real estate searches pick up at the start of the year, peak in March or April, and then reach a lull in May.

Searches peak again in June and July and then taper off toward the end of the year.

Overall, December is the slowest state for online searches, according to Trulia’s data.

To zero in on statewide trends across the country, Trulia reviewed search patterns from 2007 to 2012, removing the upward trend to observe whether search activity in a particular month is above or below the annual average for each state.

In January, search activity in Hawaii and Florida is 10 percent higher than the annual average for each state.

Several states reach their search peaks in either March or April—32 states between the two months.

Southern states generally experience their busiest search months in the July. Mississippi is the only state to peak in June.

Montana and Oregon have the latest search peak months—August for both.

No states peak between September and December. In fact, according to Trulia, all states are at least 10 percent below their annual search average in the month of December.

Understanding these statewide trends can benefit both buyers and sellers, according to Kolko.

“Buyers and sellers can use these ups and downs to their advantage,” Kolko said. “Sellers looking for the most buyers should list when real estate search traffic peaks.”

On the other hand, buyers, however, should think about searching off-season, when there is less competition from other searches,” .