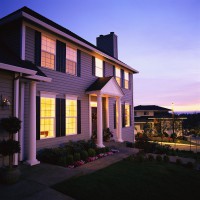 The 2012 year ended on a high note with U.S. home prices increasing 7.3 percent in December from December 2011, according to the latest S&P/Case-Shiller Home Price Index. However, U.S. home prices were down 0.3 percent from the third quarter of 2012.

The 10-City and 20-City Composites reported positive annual returns of 5.9 percent and 6.8 percent in 2012, while 19 of the 20 metro areas posted positive year-over-year growth. New York was the only city that showed a decline for the year, falling 0.5 percent. Phoenix continued its impressive growth, closing the year with 23 percent annual gain in 2012 and posting eight consecutive months of double-digit annual growth.

On a month-over month basis, both composites gained 0.2 percent in December from November. Las Vegas, Los Angeles, Phoenix and Miami posted the biggest monthly gains during December, while Chicago and Detroit recorded the biggest declines.