Best places to visit in the Marysville-Tulalip area

by Shelia Simmons
By Gale Fiege, Herald Writer
In each of our cities in Snohomish and Island counties, we have tourist attractions that we may have ignored. How often do you take the time to be a Tourist In Your Own Town? It's a good idea. No travel, no waiting, less expense. 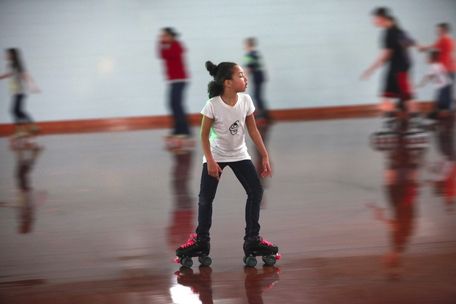 Marysville was known first as a trading post doing business with the people of the Tulalip Tribes. Its logging industry and its famous strawberry fields are mostly gone now.

While the city is home to some manufacturing, Marysville is a bedroom community, with a population that has more than quintupled in the past quarter century or so. However, it's not all retail stores, fast food and neighborhood parks. Marysville and the adjacent Tulalip reservation attract a lot of visitors. If you live in Snohomish County and haven't taken a look, here are some suggestions for a day trip or even an overnight visit. Marysville celebrates its Strawberry Festival in June and its Handmade and Homegrown street festival in August. City parks include the Cedarcrest Golf Course, established in 1927; the newer Ebey Waterfront Park along the Snohomish River on the south edge of downtown; Strawberry Fields and Jennings parks, each with a variety of uses; and Deering Wildflower Acres, with its nature trails. Just east of State Avenue, the historic downtown area is home to Oosterwyk's Dutch Bakery. The bakery, established by a Swede, has been around for close to a century. When the Oosterwyk family bought the Third Street business 55 years ago, it came with the bread slicer, still in use, and a recipe, still in use, for the shop's popular Swedish rye bread. In addition, the Oosterwyks make Dutch almond pastries, doughnuts, cinnamon rolls and a variety of other breads. In the same block are several shops featuring antiques, collectibles and vintage second-hand clothing. Marysville is developing a reputation as a second-hand mecca, and one of the best shops is the Finders Keepers Furnishings antiques mall, two doors down from the bakery. While you walk around this district, duck into the Marysville Historical Society, Hilton's drug store, Carr's Hardware and Third Street Books. History buffs should drive by the Marysville Opera House at the west end of Third Street. Built in 1911 by the Independent Order of Odd Fellows, it's now used primarily for weddings. During its heyday, the opera house hosted all sorts of theater and music. It's been on the National Register of Historic places since 1982 for its architectural and historic significance. On Grove Street, east of State, the Red Curtain Foundation for the Artsplans soon to open its doors for entertainment in a former lumber yard. Stay tuned. The foundation is in the midst of a major fundraising project. West of State Avenue, check out the Marysville Skate Inn. The family roller-skating rink has been in business for 55 years and still has its original 84- by 164-foot maple floor. Not far away on Cedar Avenue is Boondockers restaurant, owned by Shabbir and Ruqayya Bala, who made a name for themselves in Lake Stevens with their sandwiches. Since moving to Marysville, Boondockers still offers its famous burgers and breakfasts. Now, though, it serves dinner, including savory curries and other Pakistani fare. Perhaps the best, and, yes, the priciest, restaurant in the Marysville area is Tulalip Bay at the Tulalip Resort and Casino. Steaks and seafood are the focus. Make it a special occasion. Check out the wine room. And don't miss the summer concert season, with national acts, at the Tulalip Amphitheatre. Even if you aren't a gambler or hotel guest, a visit to the Tulalip complex is still a great idea. The hotel lobby and convention center are truly luxurious. The place is replete with Coast Salish art and information about the Tulalip Tribes. Stay a night to enjoy the pool and the spa. Finish your off your tourist stint in the Marysville-Tulalip area at theHibulb Cultural Center and Natural History Preserve, a world-class museum that offers tribal history, art and culture. Gale Fiege: 425-339-3427; gfiege@heraldnet.com.
Related Articles
Economic News Spring Real Estate Roundup
Economic News A Snapshot of Homebuyers
Economic News Where will Mortgage Rates be Headed in 2015? by The KCM Crew on January 6, 2015 in Interest Rates We finished 2014 with the 30 year fixed mortgage rate at 3.87% as per Freddie Mac. This is very close to the historic lows in the spring of 2013. However, the Mortgage Bankers Association projects mortgage rates to be about 5% by the end of 2015. The website Investopedia agrees and gives some perspective […]